“I want this Mozart song played at my funeral”, was the sentence that got Tabitha, founder of AddendoVault, thinking…

… and suddenly, she had to confront the reality of her mother wanting to discuss her funeral. Her mother, Robyn, was not dying. But after battles with breast cancer, perhaps she was more comfortable than most with talking about her own mortality.

Tabitha asked her mum to “put it in writing”, but she knew that would be pointless! The piece of paper was bound to go missing, and her mum’s computer had the filing system of a war zone.

Tabitha thought that there has got to be a better way—since we all die. She pondered:

Perhaps I’ll just get her to put her wishes in a GoogleDoc, but what questions should I get her to answer?

Could I get her to put this information into her will? Oh, wait, who’s her solicitor again?

What if Mum's got sensitive information she only wants me to read after she dies?

Maybe she could write her wishes down and give me the paper? Hmm, what if she wants to make changes or add more detail? I don’t want to be receiving these pieces of paper every week!

A lot of questions floated around her mind for a while after that initial chat with her mum.

In the meantime, Tabitha attended a funeral of a close family friend.

There was so much sadness, but also hurt, and an undertone of chaos because her friend did not communicate his funeral wishes. The lack of direction and frustration led his ex-wife to plead with funeral guests to discuss their end-of-life preferences with their loved ones before they die. She was trying to do the best job she could—honour his life in the best way she knew how, but that was part of the problem. It was the way she knew, but not necessarily the way he would have wanted.

And soon after, AddendoVault was born. 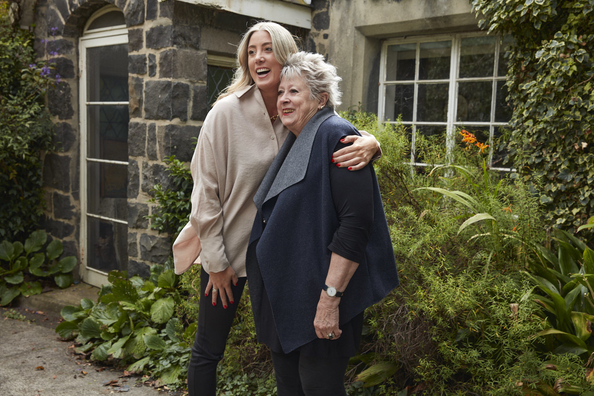